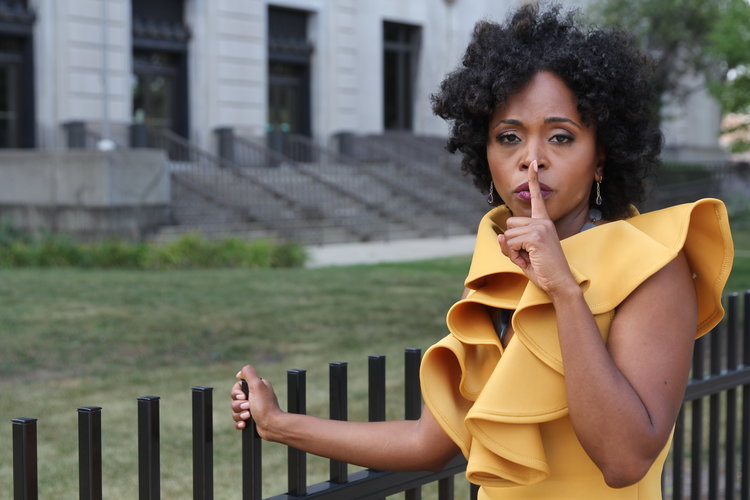 “You have the right to remain silent. Anything you can and will say will be used against you.” – Miranda warnings

Somehow, we always forget that last line, “Anything you say, can and will be used against you.” (Hell, when a cop is staring back at us, we pretty much forget our first names!)  We forget even though we know in our bones that bad things happen when you talk:

We know of the false confessions by poor Black teens in NYC in the Central Park Five Case.

We know of the stories concocted by torturous detectives and fed to poor.

Black and Latino teens and youth in Chicago.

We admit to the drugs in the trunk;

We yammer incoherently about only drinking “two shots” at the party;

We announce that we only carry the illegal gun “for protection;”

We talk on bodycams and dashcams and interrogation videos;

We sign statements written by prosecutors or write our own.

We give it all up in hopes of going home.

Instead, we go to prison, convicted on cases that had little or no evidence at all, other than our own words.

Here are five reasons not to talk to police ever:

Anything you said to the cop while you were in your car, on the

sidewalk, in the police car, in the station, in the interrogation room, in the holding cell will be used to charge and convict you.  Anything you said to others on the jail phone, in lockup, in your letters you write home to mama, will be handed over to a prosecutor.  It doesn’t matter if your statements were oral, written, handwritten, videotaped, or audio-recorded statements. They will be used in court to prove that you not only committed, but also admitted to the crime you are charged with. It doesn’t matter that you were high, drunk, in pain, grieving or that you have an IEP.

Yup. You read that right. In fact, read it again – cops can lie to you, by law.

agent, they can look you square in the eye, and lie straight to your face.

The detective can tell you your buddy is in the next room, selling you out and they have never even met him.  His partner can tell you, you were caught on videotape committing the crime and no such tape exists or it’s too grainy to make out who the offender is or the cop hasn’t even looked at the tape yet.  The detective can even tell you and your family that you are “just a witness” or they “just want to hear your side of the story.”  Meanwhile, you were the prime suspect all along.

Unfortunately, you don’t have all of your state’s criminal laws

memorized.  The officer who stopped you, probably does.  So while you

are telling him, you only kicked the victim once, you were just the “lookout, or you only smoked one blunt, you think you are diminishing your involvement when you just gave the officers the missing pieces they needed to charge you with a more serious crime.

I know, I know.  You want to tell the cop that you know your rights! You want to stand up for yourself and tell him you refuse to be mistreated.  You demand to know why he stopped you when you weren’t doing anything.  You want to protest.  The problem is, you will lose every time.

The cop will say that you were “belligerent” or you were “mouthin’ off.”  He will consider you a “verbal resistor” who escalated into a physical threat.  You may have your say, right there on the street, but the situation will end badly for you.

Silence is power.  I don’t mean in the “turn-the-other-cheek-MLK-non-

violent-Kum-By-Ya” type of power.  You have true power by shutting up, because you force the cop to do her job. You make her actually investigate.  You make her struggle to justify her search and arrest of you. And I do mean “struggle.” Honestly, this is where most cops mess up.  Their reports are sloppy or false or don’t add up.  What they write doesn’t match what their partner wrote or what the video shows.

So, say, “I want a lawyer” Then, don’t utter another word.  Don’t talk whether your rights are ever read to you or not, because they might never be.  (That’s a blog post for another day.) Don’t talk no matter what is promised to you.

Be silent.  Be patient.  Be acquitted.