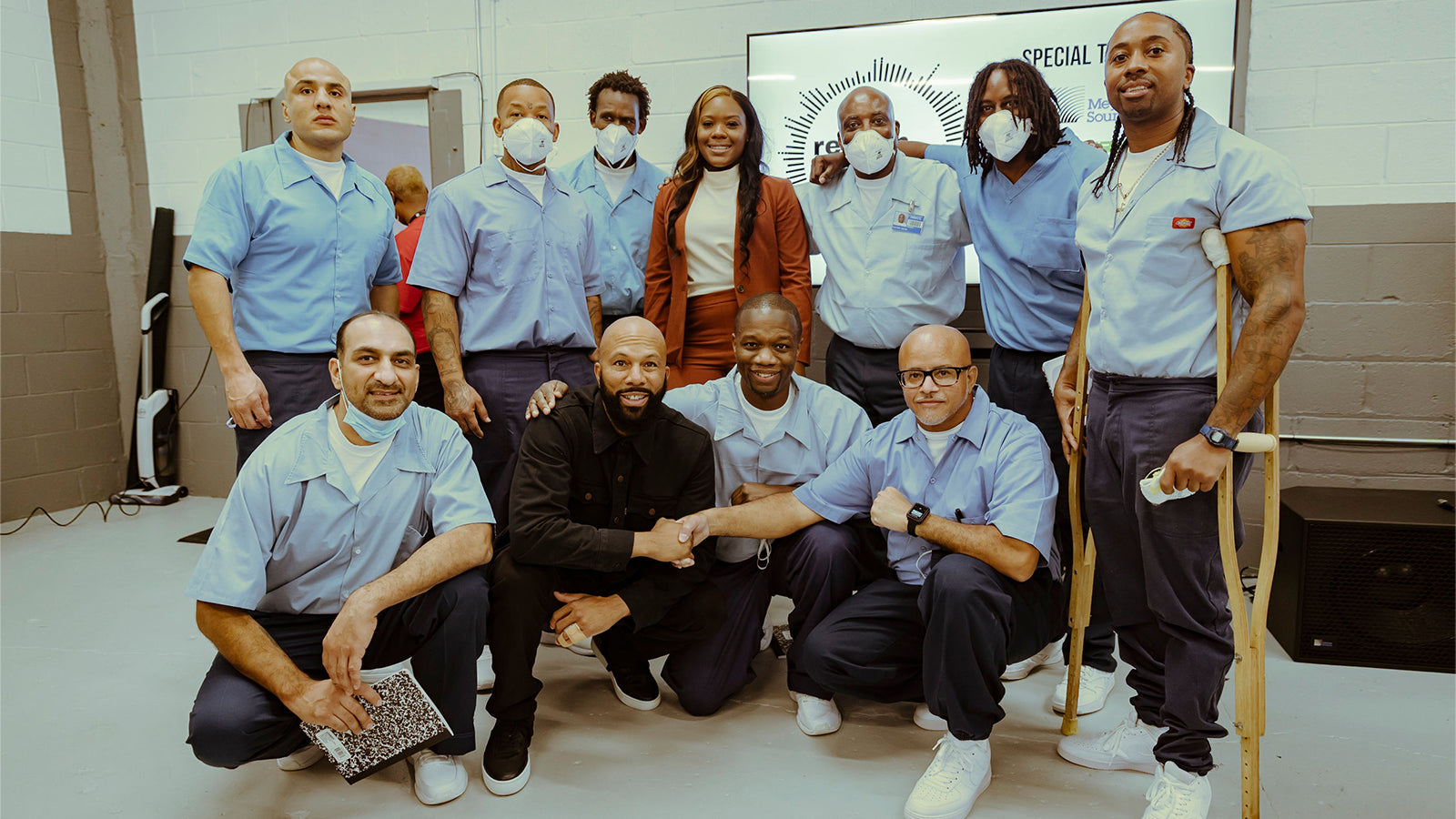 I met Common in 1997, long before he was an acclaimed actor, before I was a lawyer.

Three of my girls and I were walking through one of the sprawling parking lots leading to McCormick Place.  Under the blaring sun, rocked our cutest ‘fits and our bone straight relaxed hair, on our way to the Black Expo.

Common and his guys were walking parallel to us, a few hundred feet away, heading in the same direction.

We spotted him right away, whispered and giggled, but played it cool.  Afterall, we didn’t want him to think we were groupies.

One of his guys came over and handed us each a copy of Common’s latest single, “Reminding Me (of Self) with Chante Savage. We’d all loved to sing and had already memorized all of the lyrics! Three of the four of us accepted. The fourth only liked gansta rap and was totally unmoved by this whole encounter.

Common followed his friend and he made a bee-line to me!  I smiled.  He did the same and extended his hand and introduced himself, “Rashid,” while looking me square in my eyes, then quickly looking away.

Hmmm…humble.  He didn’t flex by using his stage name. Impressive.

We did a dance of bashful flirting.  Rashid had soft brown eyes that seemed genuine, kind.  He excitedly told us a little bit about his album.  As I often do with Black men, I told him, “Congratulations! That’s AMAAA-ZZZINNG! I’m so proud of you.” He blushed.

Rashid talked very little about his project or his burgeoning career.  Mostly he asked about us – Where had we gone to high school? (The number #1 ice-breaker question in Chicago. Where were we from? What did we plan to do at the Expo?

His guys and my girls and I all entered the event together.  Then, we parted ways.

Throughout the event, Rashid would double-back to me, smiling, making small talk.

We did not exchange numbers.  Other than me cheering him on from the audience a year later at his New Year’s Eve concert, our paths never crossed again.

To be clear, Common was famous then. I’m not sure if he had dropped the “Sense” from his stage name or not by then, but he was a big deal nationally then. Yet, he acted just like we were old friends from the block. He already had a reputation for being a “conscious rapper” and an all-around good dude.

By that time, I had met many other celebrities, Oprah, Jesse Jackson, Jerry Springer, and others. None were quite as down-to-earth as Rashid.

Even though I’ve never been much of a Hip-Hop fan, I liked Common. I liked Rashid even more.

Over the years, I’ve seen Common in the news with his relationship with this or that celeb.  I’ve seen him grace stages, and win Grammys.

I always remembered his warmth and humility, his kind eyes and quick smile.

However, it is Common’s recent work with Imagine Justice that actually piqued my interest. Through his foundation, in 2017, he started a musical tour of prisons, called “Hope and Redemption Tour.”  In that year alone, he visited 13 prisons to speak life into incarcerated populations. He goes where many are afraid to go, into the heart of the prisons to reach those who others have discarded.

Even before Common founded Imagine Justice, he used his platform to start Common Ground, a non-profit organization to mold youth into our future leaders. The foundation offers mentoring, community service, fine art activities to teenagers. It continues to support them after graduation with career support and help getting into college.

Common was and still is an activist. He uses his mic and him money to speak truth to power.

Like me, he is the child of an educator

Like me, he is the fruit of Chicago’s Southside.

Like me, he is doing his damnedest to do justice.